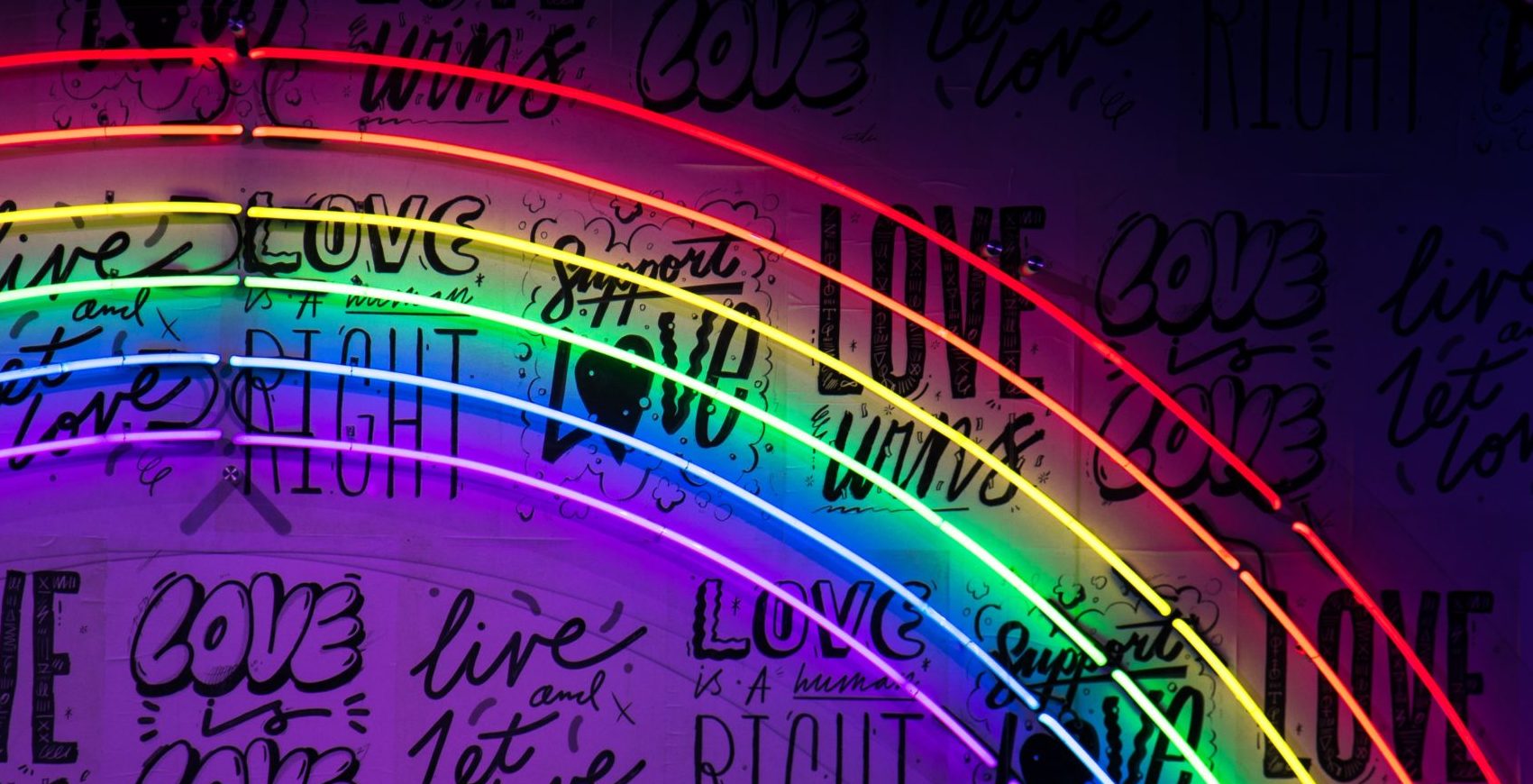 Neon LED tube lights are some of the most popular and versatile lighting fixtures on the market today. They are great for adding light to a public space or making a home more comfortable. Unfortunately, there are a lot of different colors, shapes, and sizes of LED neon lights, which makes it hard to choose. In this in-depth guide, you’ll learn everything you need to know about LED neon lights.

How do old-fashioned neon lights work?

They are made of electrified glass tubing or lamps filled with neon gas. Neon tubes are made of a low-pressure gas-filled glass cylinder that has been sucked dry and has electrodes on both sides. When several thousand volts are applied to the electrodes, the gas inside the tube becomes ionized. This makes light come out of the tube. The color of the light comes from the gas inside the tube. The name “neon” comes from the written form of “neon light,” which people call the orange-red light that the rare gas neon gives off. But these colors can also be made with other gases, such as hydrogen (red), helium (pink), carbon dioxide (white), mercury vapor (blue), etc.

LED neon tube lights are long, straight, and uniform lights that can be bent. They are made of high-brightness SMD LED strips covered in PVC, silicone, or PU (Polyurethane) to spread the light.

First, the LED light source helps to keep the voltage low. A big plus is that it doesn’t use much energy. It uses less than 15W of power per meter and works well even at 24Vdc.

Strong luminosity. The light source is made of ultra-bright SMD LEDs, and there are 121 LEDs per linear meter to ensure the light is bright and even.

The LEDs used in led neon tubes can work up to 50,000 hours. In addition, unlike traditional glass neon lights, the silicone/PVC/PU gel won’t break.

The LED neon light can be bent and cut with a minimum diameter of 5 cm.

The sixth benefit is that it is easy to set up and move around. You don’t have to worry about breaking in transit because it has an LED bulb and a PVC/silicone/PU housing that can handle shocks. Put together the clips or channels for installation, and then push the LED flexible neon into them.

What are the benefits of LED Neon Lights compared to regular neon lights?

Creating traditional neon lights with glass tubes, high voltage electricity, and inert gas is complicated and very expensive. LED neon lights with an innovative design, such as a PVC, silicone, or PU housing wrapped around the LED light source, proprietary optical design technologies, and a tailored housing design to maximize light output and ensure even lighting. LED neon tubes are easy to make and don’t cost much.

Fourth, traditional glass neon lights often need more than 20W of power per meter of length, while LED neon flex lights only need a minimum of 5W per meter.

The typical shape of a neon sign has to be planned ahead of time and can’t be changed once production has started. LED neon tube lights can be bent and cut to size on site. They come in many colors, such as white, tunable white, RGB, RGBW, DMX512 Pixel, and more.

On top of that, LED neon lights are safe because they have low voltage (12V or 24V), can withstand shocks, and don’t give off much heat.

Conventional neon lights last less long, cost more to run, and can only be used at room temperature because the voltage has to be raised when turned on. LED neon tube lights are some of the best when it comes to how much power they use and how much heat they make. In addition, it can handle high temperatures and take the shock of being dropped.

How do you make LED Neon Lights?

In the first step, LED flexible strip is made. This strip is the primary light source for the neon signs in the rest of the article.

In the second step, you will put silicone around the LED strip. You can attach the silicone case in one of two main ways. The first way is to extrude an LED strip made of silicone. You could also make the silicone tube and put the LED strip by hand.

How to set up the silicone for led neon light tubes

First, silicone is put together.

Silicone is just one material that can be used to make things. For example, mixing in a certain amount of diffusion powder changes the color of silicone. More diffusion powder can make the silicone whiter and cut down on how much light it lets through.

Second, rolling LED strips are attached to the payout frame so the extrusion process can begin. The brightness, color, and order of this LED strip are all set by a table.

Third, the LED strip and silicone are fed through the holes in the die that have already been put together. When the “Operate” button on the electronic control box is pressed, the machine wraps the silicone around the LED strip.

Fourth, after the silicone has been put on the LED strip, the machine will push it into the vulcanizing oven, where it will slowly harden and take the shape of the mold. So that the LED beads don’t melt, the range is kept at a specific temperature. Finally, after the led neon has been vulcanized, it is turned on by a tractor.

How to make LED neon tube lights by hand

The second step is to put the prepared LED strip into the silicone neon tube by tying it to the tube with the wire and then pulling it out of the other end of the tube.

Since the led strip and silicone are both extruded simultaneously during the silicone extrusion process, it is possible to make led silicone neon that is longer, and in theory, as long as you want. However, because the voltage will drop and it will be hard to move, LED strips shouldn’t be longer than 50 meters. Most of the time, a manual route can’t be longer than 5 meters. Too much resistance is made by the led strip and silicone neon tube for a draw of more than 5 meters.

Integrated silicone extrusion is a much better way to do things than using your hands.

Due to the time and money, it takes to set up the machine, making small amounts, like 1-meter samples, with the one-piece silicone extrusion process can be expensive and take a long time. The manual method is easy if you already have silicone neon tubes on hand. All you have to do is put the LED strip into the tube by hand.

How can you be sure that LED Neon Flex Lights will work as they should?

First, ensure that all the LEDs, resistors, and ICs in the LED strip you’re using as a light source are brand names.

Second, ask the manufacturer for the LEDs’ LM80 test results. Suitable LEDs should have an L80 lifetime of at least 50,000 hours.

Third, use a double-sided, pure copper PCB that is 2oz or 3oz thick for the light source of the LED strip.

Fourth, make sure that the housing of the LED silicone neon light is made of high-quality silicone that is flame retardant, resistant to UV light, and won’t rust.

Fifth, ensure the LED silicone neon has all the product approvals it needs (such as CE, RoHS, UL, etc.).

Verify that you may personalize, OEM, or ODM the LED silicone neon.

The best way to set up your LED Neon Lights

Where do I plug in my LED Neon Lights

What is the answer to the question, “Can I cut LED Neon?”

Can you? A: Why, yes, you can. However, LED Neon Tube Lights must be cut on the designated cut line. You can make out the cut markings (scissors or a black line) through the neon window.

Can I cut LED Neon tubing at any point?

The answer is no; you can’t. LED Neon lights must be snipped along the drawn line. The LED neon clear window reveals the “scissors or black line,” indicating where the material was snipped. There is a cut mark on the LED Neon Light; if you cut it anywhere else, you’ll damage the PCB, and the LED Neon light will stop working.

Can I make a hole in the intelligent LED Neon lights?

You have my permission to do so. However, the clever LED Neon tube must be sliced precisely at the score line. Through the neon window, you can make out the “scissors or black line” markings that indicate where the material was snipped.

Where do I find a place to cut LED Neon tubes?

The LED Neon light can be cut on the dotted line. Then, through the neon window, you can make out the “scissors or black line” markings that indicate where the material was snipped.

How about the LED Neon tube?

If you’re wondering whether LED Neon lights are waterproof, the answer is yes; it has a rating of IP67 or IP68.

How can I connect LED Neon tube strips?

The next step is to connect the LED Neon light to the solderless connections.

Activate the test light in Stage 4

What is the function of the LED Neon tube?

LED neon lights, which employ LED strips as their light source, include a silicone outer shell that helps diffuse the light and eliminate hotspots.

What is the lifespan of LED Neon lights?

The quality of the light source LED and the heat dissipation effect of the LED neon tube determine the LED neon’s lifespan, typically between 30,000 and 5,000 hours.

Do LED Neon tube lights have a lower carbon footprint?

By continuing to browse this site, you agree to our use of cookies.